Seishiro Tsugumi, an accomplished hitman working for the Beehive Gang, is attending high school with Chitoge, the daughter of the boss of the gang, in order to protect her. One day, as she’s about to leave school as usual, she suddenly comes under fire. Her attacker is Paula, her former colleague.

Much to his misfortune, Raku is dragged into Seishiro and Paula’s feud. Seishiro informs Paula that Raku is Chitoge’s boyfriend, but Paula ignores her. With the Beehive gang’s two best assassins’ guns in his face, does Raku have a chance of getting out of this jam safely? 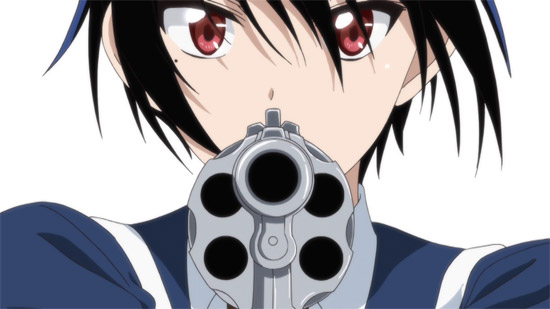